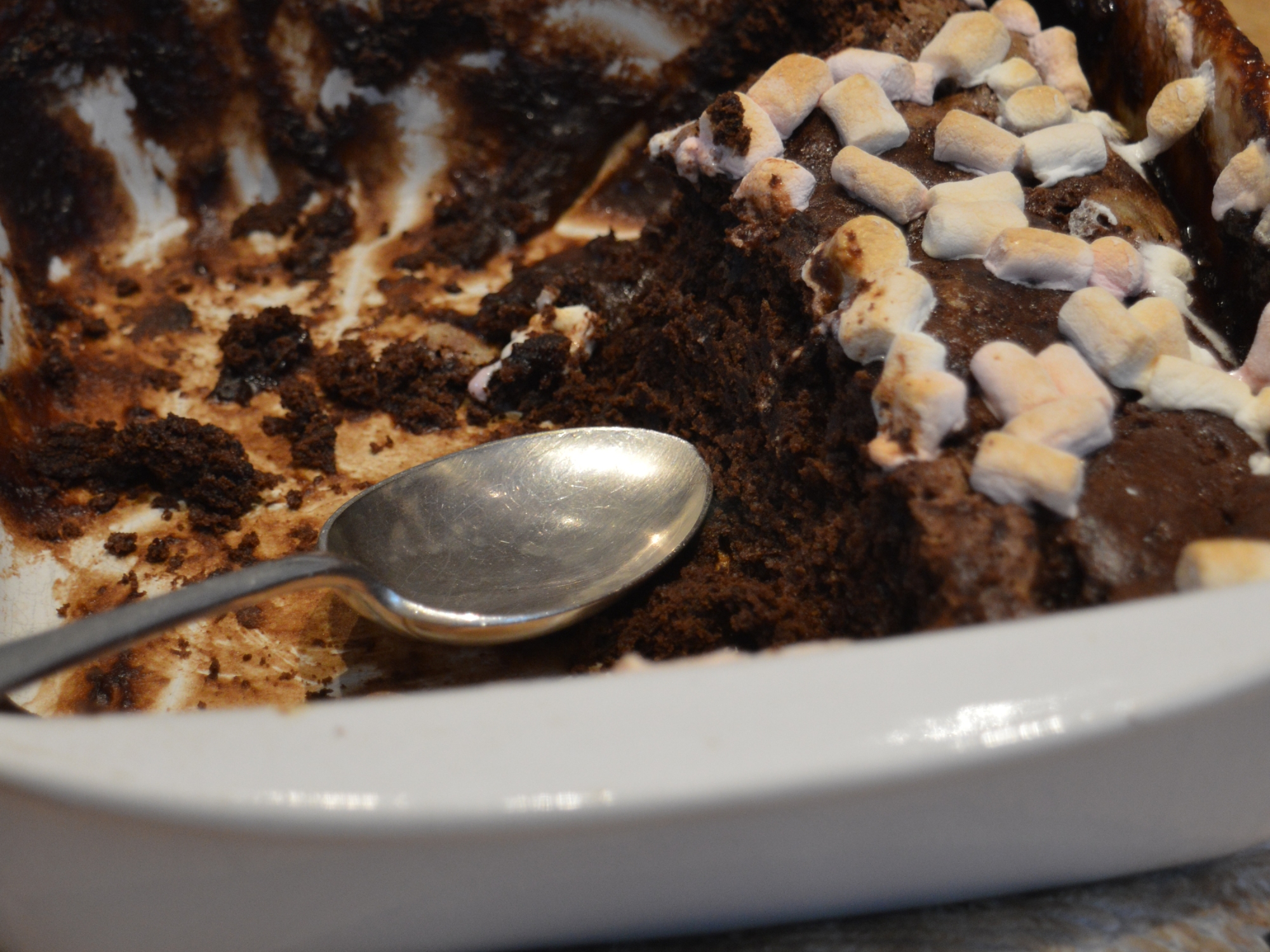 My days alive it has been quite the week.

But positive things include;

My photography course is pretty fun (don’t be judging me based on these photos, my free trial of the editing software has expired and I was too tired to carry the dish to a window).

Got a quote back for my kitchen and it looks like we might be able to afford one.

We’re going on holiday to Fota – I assume we will be staying inside the zoo but will be sorely disappointed if this is not the case.

My boys are deadly. I have never seen humans fall so much and with such variety.

My car is alive again.

Unfortunately, though, I can’t  put this yoke in the positive things section, it fits squarely into the ‘Miscakes I’ve made’ section. I think it’s originally something akin to the Australian chocolate puddle pudding. I got the recipe from BBC food, I couldn’t go through with the recipe as was.

It had the most colossal quantities even though it claimed to only serve ten when it quite clearly would serve closer to twenty – it asked for a pound of sugar just for the topping.

So. I started by halving the whole bloody lot and then the sugar in half again.

The other peculiar bit about the recipe was the pouring of almost a litre of boiling water onto the raw pudding. No stirring or anything just straight into the oven. Ya mad Australian bastards.

What ever magic happens the cakey bit gets classically spongy but the water seems to percolate to the base of the dish to form a sauce. Interesting concept, I dare say I’ll have another go at it again in the future.

Lastly, don’t use stale, mini marshmallows like I did. They refuse to melt and instead form a slightly unsettling crust. Yum.

Break the chocolate into smallish pieces into a heatproof bowl and zap it in the microwave for about two minutes till it has almost melted and then add in the butter – cut up into little pieces. Microwave it again for another minute till everything has melted.

Remove the bowl from the microwave and stir it altogether till nice and smooth.

In a separate bowl stir the flour, sugar, baking powder and cocoa powder together.

In the third bowl beat the milk and eggs.

Now, whisk the eggy mix into the cooled chocolate mixture. It’ll get thicker than you expect.

Finally beat in the floury bits. Poor the batter into the ovenproof dish and then pop it in the fridge to chill. 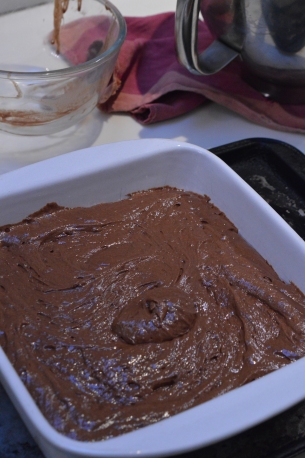 Now, this is the weird bit. After about half an hour preheat the oven and boil the kettle.

Meanwhile sprinkle the muscavado sugar and cocoa over the top of the chilled pudding and place the dish onto a baking tray.

Pour 350ml of boiling water directly on top of the chilled and sugared beast.

Do not stir it.

Calmly place the whole lot into the oven and bake for 35mins.

It’ll still all seem super wobbly but the centre should be firm to touch.

Take it out of the oven and let it stand for a few minutes before serving with a shagload of ice cream and tea.