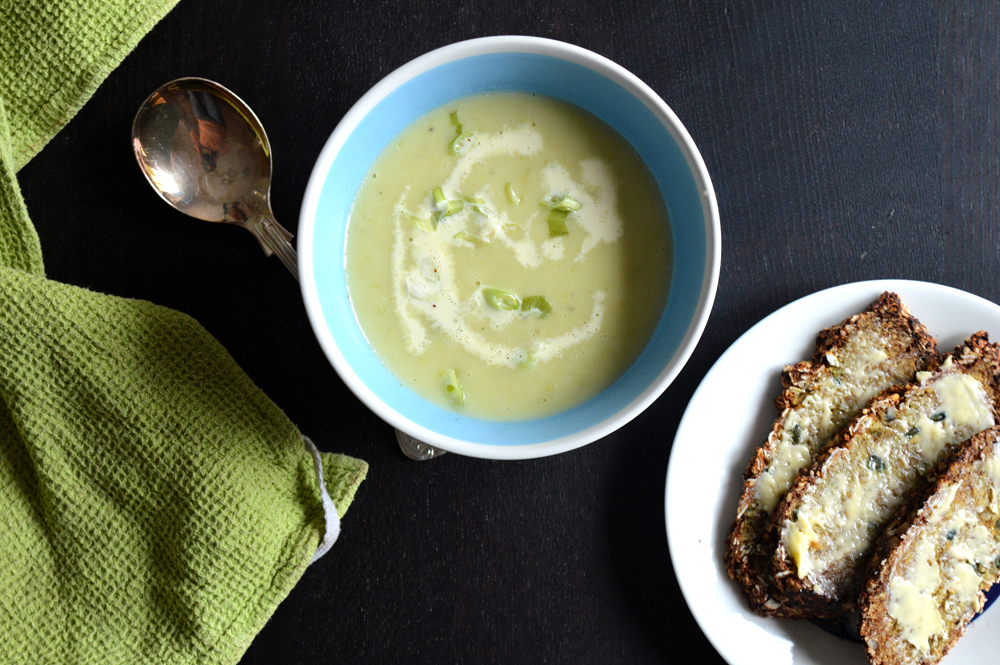 Another savoury recipe? Why yes. The world has gone mad.

Everyone likes leek and Potato soup or at least they most certainly should.

I’m trying my utmost to not be completely unhealthy every lunchtime, I also have to nourish two small people so vegetables are at the forefront of my mind. What a sad statement.

Anyway, leeks are one of my favourite vegetables. I seem to eat them with an almost shocking frequency. I’m sure they’re healthy so it doesn’t matter. This soup takes about 20mins to make so that’s good too.

The bread you see in the photos is a weird porridge bread. I heard about its ilk ages ago, from a college friend, and didn’t believe it would work out but I was all out of wholemeal flour and there wasn’t the slightest chance I was going to make a yeast bread. As it turns out it’s actually remarkably tasty and healthy as well. Gold star mother over here.

Put the butter in a large saucepan on a medium heat and boil a kettle.

Roughly dice the onion and add it to the pan.

Cut off the very tough, dark green tops off the leeks and slice the nice pale bits lengthways. Then slice these long bits into half moon bits – look at the picture.

Put these half moons in a colander and rinse under some cold water to remove any grit.

Toss them into the pan.

Peel your enormous potato and cut it into 1cm cubes.

Throw them into the pan (photo two below).

Crumble in the stock cube.

Pour in enough boiling water to just cover the contents of the pan (photo three below).

Turn the heat down to a brisk simmer and let it bubble away till the potato pieces are tender (photo four above).

I might mention that, if like me, you have to feed a baby or two then you can quite happily siphon off a portion after you blitz everything but before you thin it. If, unlike me, you are neurotic about salt content then you can leave the stock cube out till the very end, after you take out a baby sized portion.

I garnished mine with a swirl of cream and some spring onions and served it with overly buttered porridge bread. Pretty damn tasty for something so healthy. 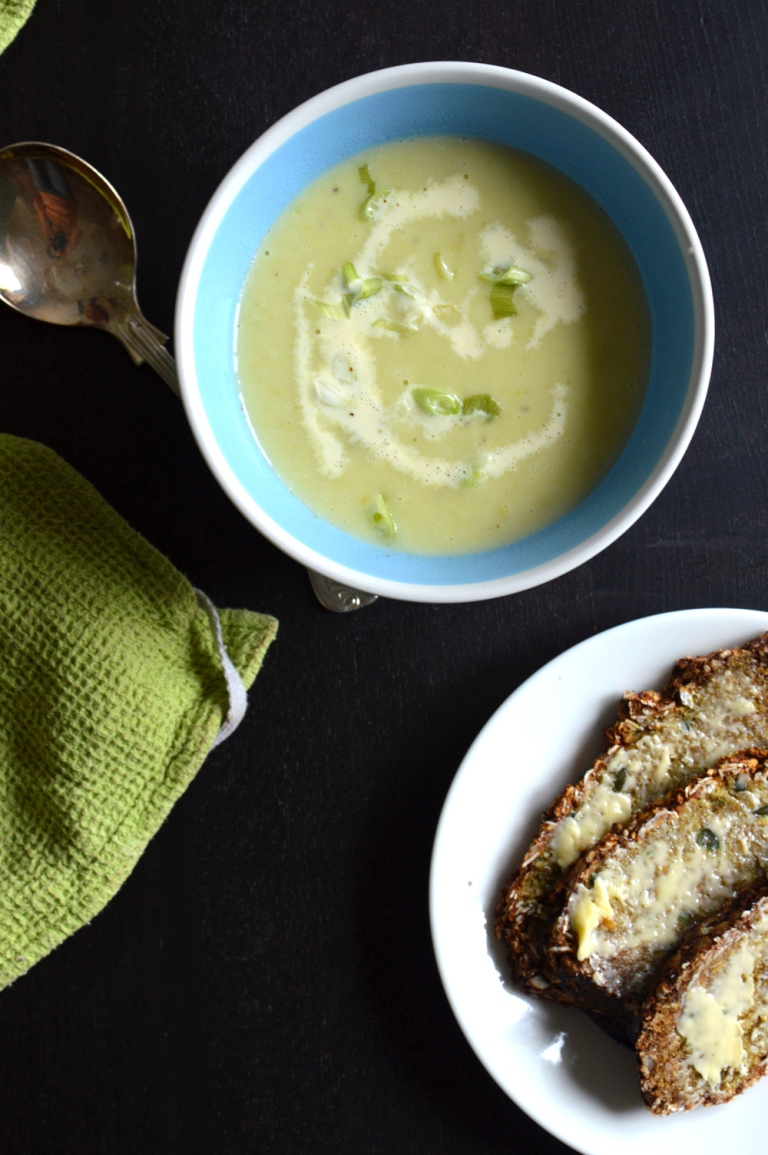 One thought on “Leek and Potato Soup”