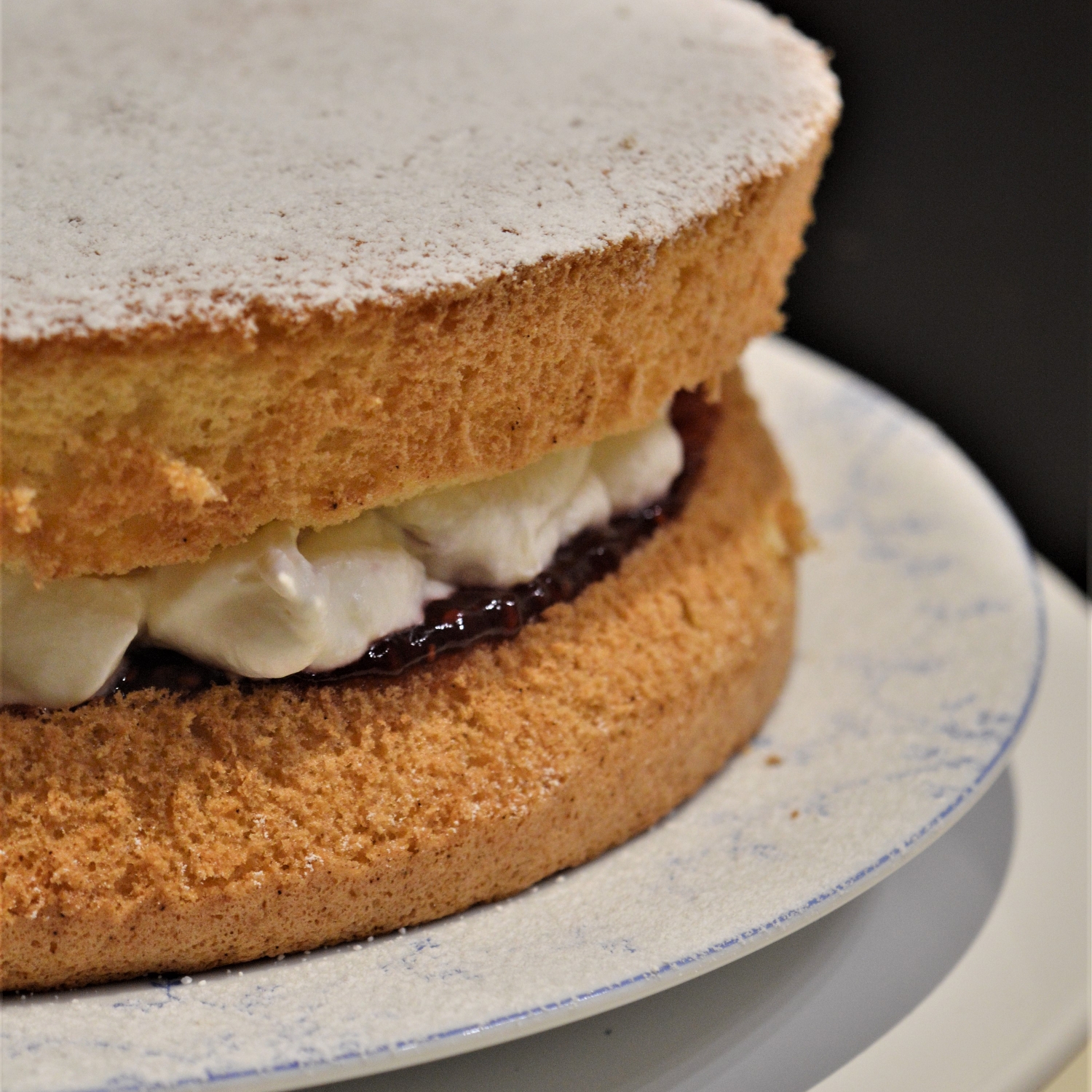 I didn’t post last week. I’ve been in one syrupy rut that I can’t quite get out of. It’s a frustrating situation. I’m so hugely fortunate and I truly feel that every day but regardless I face daily low-key struggles and a few proper ones too. But the thing is because I am generally wonderfully lucky people often rank their issues as more deserving of stress and time than mine and that’s cool. But it shouldn’t mean I amn’t allowed to be a grump.

I know that’s a terrible thing to write, especially given my audience, but this is my blog and I need a rant.

Another reason for the lack of content last week was that I seem to have posted everything I cook. I was in the kitchen plenty over the last week or two but you’ve seen it all already; plum pork, fudge, shortbread, fondants, pork belly and a few others as well. So I’m revisiting the fatless sponge. I had made the Delia one a while back but this is slightly different ingredient-wise and a whole heap less messing. I may be wrong but I’m fairly sure I’m not, this is the easiest cake in the world to make.

I don’t actually know where the recipe comes from but it’s one of Ma’s baking mainstays and now that Da has become a mad baker he whips one of these up almost every week.

This recipe should be made in ounces because it’s even simpler that way but I’ll give you some grams too.

A few tablespoons of your favourite jam

Crack the whole eggs into the bowl of a stand mixer or a large mixing bowl and throw in the sugar.

Whisk slowly for a few seconds and then turn up the speed to the highest and whip for about 6mins until you get to the ribbon stage.

By that I mean when everything has gone pale and mad voluminous. The batter will also take a second or two to fall back into itself when you take the whisk out. Hard to explain.

Anyway all the little bubbles should have mostly disappeared. At this stage sieve in the flour and fold to incorporate it.

Divide between the two pans and bake for about 17mins or till gently springy to the touch and nicely golden brown on top.

Leave in the tin to cool and then assemble the beast by placing one sponge layer on a nice plate, slathering over the jam, dolloping on the cream, adding the second sponge layer and finally dusting liberally with icing sugar.

Sorry for the grump but the cake is great. 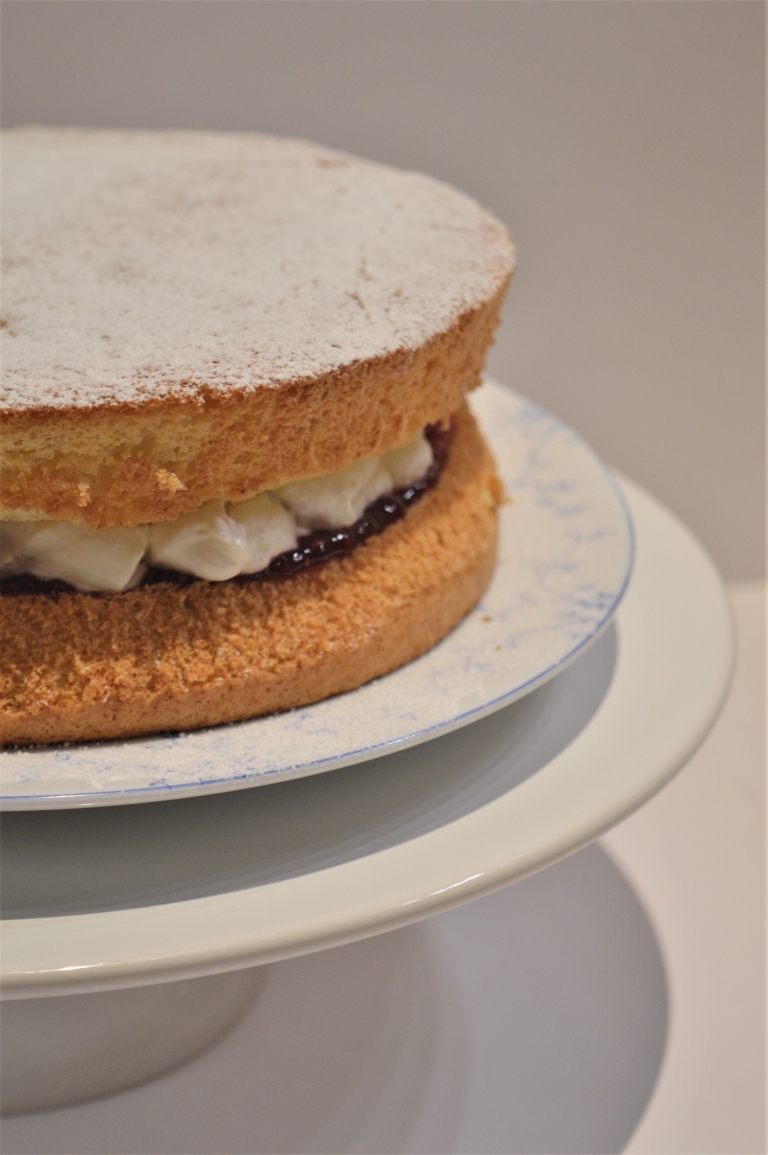