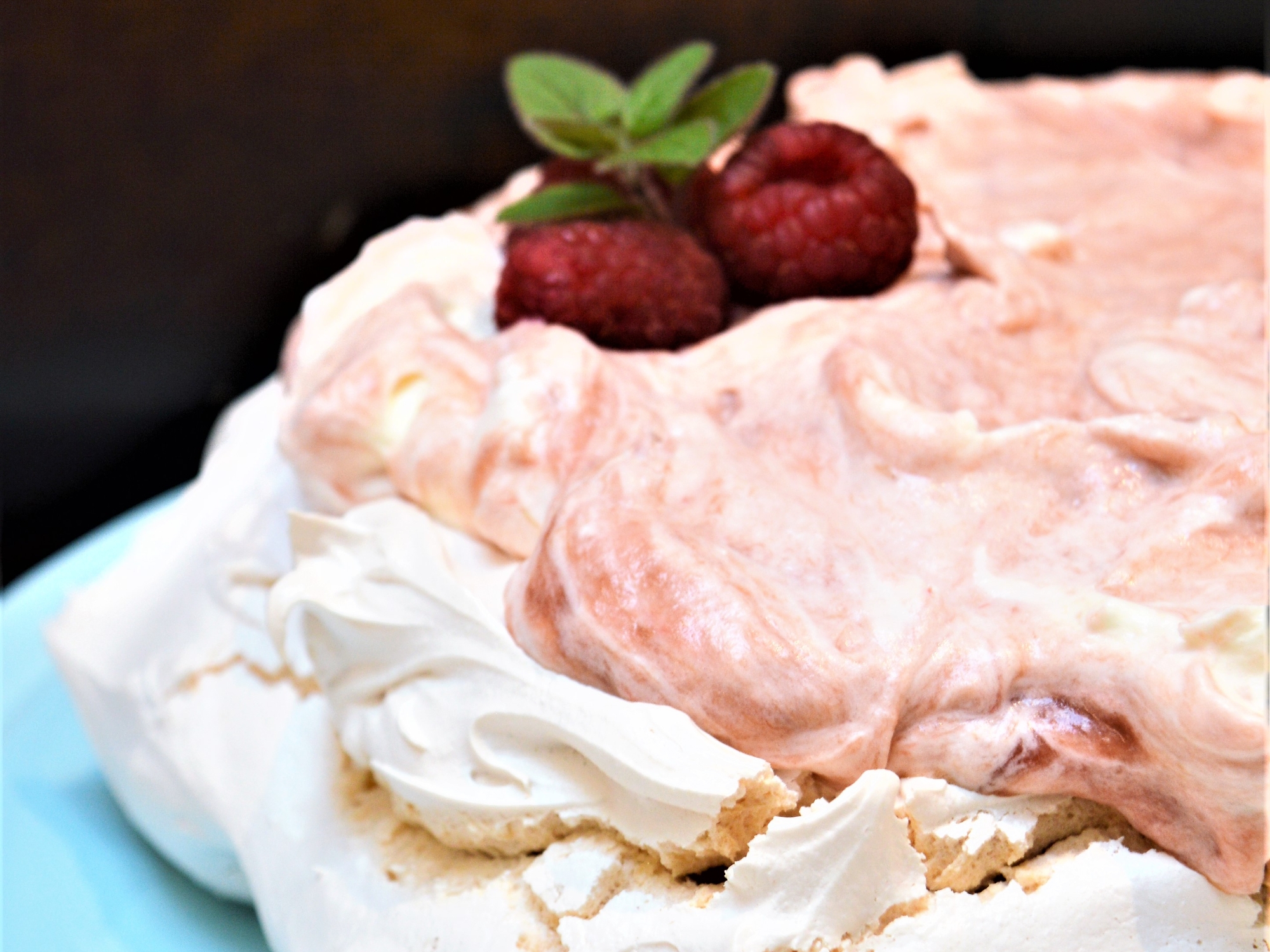 I’m so naturally relevant. I’d already decided to write about pavlova only to turn on the BBC Creme de la Creme program and find them making pavlova. Coincidence I think not.

Pavlova isn’t my territory really, it’s mum’s thing. She’s been making it for far longer than I can remember I’m sure. It is a constant and reassuring presence on the table at every family function. The classic version, a la mum, comprises the Pavlova base with a remarkable helping of freshly whipped cream and finished with seasonal berries, often macerated with caster sugar and a squez o’ citrus juice.

Mine however is a little different. I’m a divil for rhubarb and it’s everywhere at this time of year so I made a rhubarb puree to fold through the cream. I think it works.

More importantly. I did pilates again. That means I’m now a fitness fanatic and as such I tried to buy that exercise top I was pondering last week but I couldn’t. I looked in the sportswear section of my local TKMaxx. Overwhelmingly uninspiring. I whittled the retina burning neon selection down to two grey and one black t-shirt. But they were unpurchasable.

No objections have been filed on our planning application yet so that’s positive.

Nothing else of note I don’t think.

This pavlova serves about 8 non-heifers

Preheat the oven and line a baking tray with a piece of baking parchment.

Put all the egg whites and sugar into a large bowl. This bit is far easier with a stand mixer but an electric hand beater will do, shear muscle power alone will not.

Add in the cornflour, vinegar and extract, with the whisk still whisking if possible.

Carefully dollop the whipped pavlova onto the baking parchment and spread it gently into whatever shape you like (but don’t flatten the poor beast, it should be about 6cm thick). I chose a circle, ma normally favours right angles.

Place the tray into the oven and bake for 90mins, then turn off the oven but leave the pavlova inside for another twenty minutes at least. After that take it out and let it cool down completely before adding any toppings. 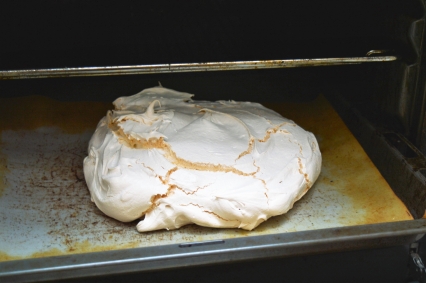 If you wish to wander down the rhubarb path with me then chop your rhubarb into 3cm pieces and throw them into a pan with the sugar and a tablespoon of water.

Let it stew away on a medium heat, with the lid on, until entirely soft.

I chose to add some red food colouring to mine so it wouldn’t make the end mix look too snotty. Cheap rhubarb is usually just that unfortunate shade of snot. But if snot is ok with you then don’t worry with the colouring.

I used a stick blender to puree mine but, again, this isn’t essential.

Leave the rhubarb to cool completely.

Meanwhile, beat the cream to stiffish peaks and then carefully fold in the cold rhubarb. I left mine a little marbly because I’m like that.

To assemble, find your prettiest serving plate. Place the cooled pavlova onto it before confidently crowning it with the marbled rhubarb cream. I thought it could do with a few raspberries and a sprig o’mint to lift it’s unconventional beauty.

One thought on “Pavlova”