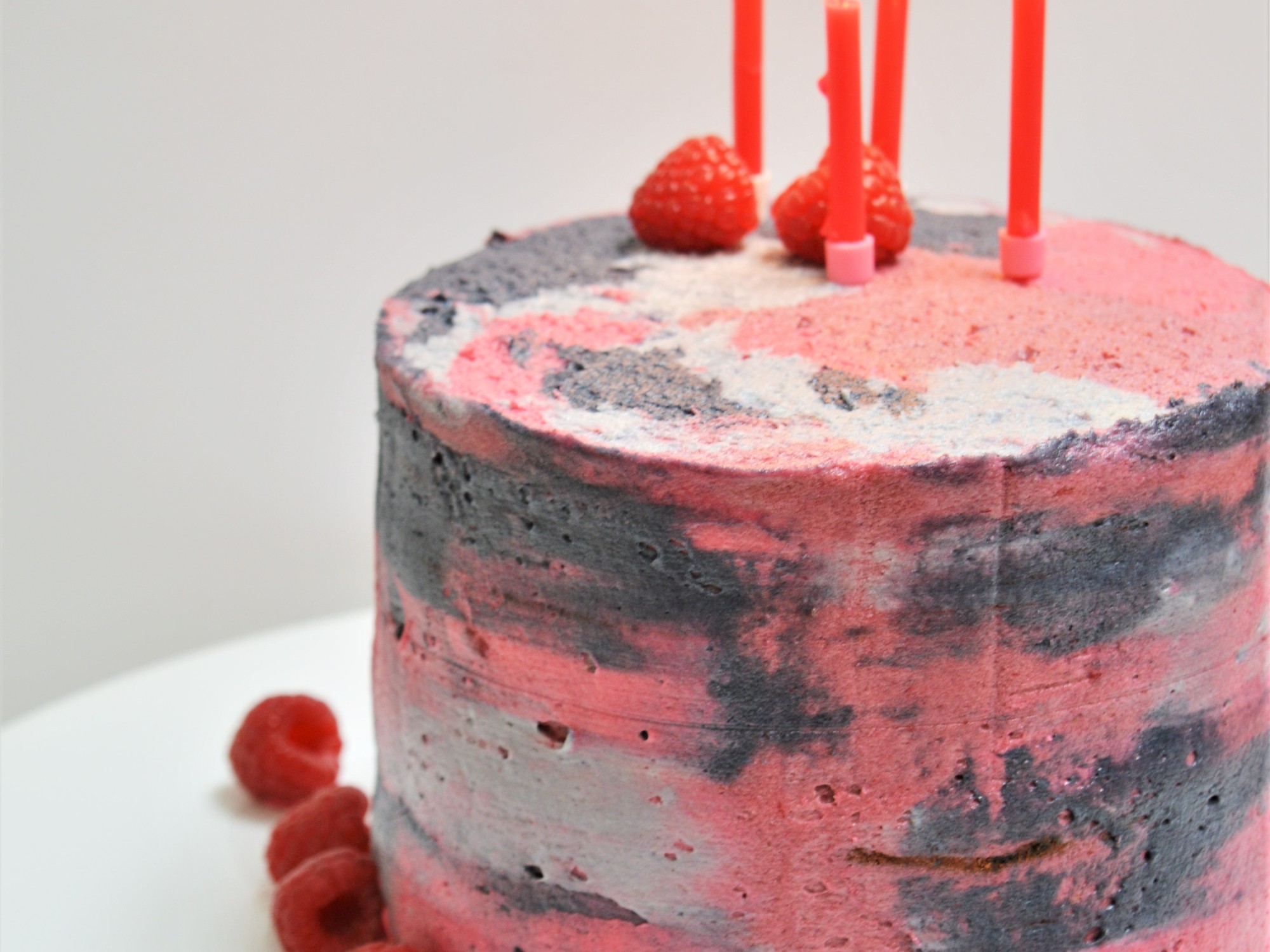 I don’t have much in the way of conversation this week. I think I’m dying. That’s all.

But this week I received an emergency call about birthday cake. We’d exhaustively discussed where to have a birthday dinner for sister #2. We’d, borderline, argued about what present to get her. For some reason, however, we’d managed to overlook the most important part of a birthday party. Cake. On the afternoon of the party brother-in-law #4 casually asked who was the chosen baker for the festivities. Panic.

I offered my services but given the tight deadline it wasn’t going to be the most exciting of cakes. I settled on a lemon sponge with raspberry buttercream decorated in a slightly ad hoc fashion. Over the last little while I’d noticed some kind of watercolour style cakes, I never knew how they were made, I’m fairly sure I still don’t but I quite like the finished effect. Unfortunately, given the raspberry buttercream it was always going to be on the gaudy side but the food colouring got away from me and things got highlighter bright.

It’d be a lovely cake for tea even if you weren’t arsed with the outside decoration.

The lemon sponge recipe I stole claims it would serve 30 but that’s a lie or some seriously skinny bitches I think it’s closer to 18. I made it in two batches, because I only have two 18cm sandwich pans, so if you want a standard 2 layer cake just do the cake recipe once, if you want a tall one like mine then make it twice.

Beat the butter and sugar together till smooth, then crack in an egg and beat some more.

Crack in another egg and beat again.

Last time, crack in an egg and beat till smooth.

Add in the zest and juice and stir it all together before dividing the mixture between the two cake tins.

Pop them into the oven and cook for about 35 – 40mins or until the top is nicely browned and a knife comes out clean.

Take them out of the oven and let them cool down completely.

Make your syrup and buttercream while you’re waiting for cakes to cool.

Firstly, the syrup. Put the sugar and lemon juice in a pan and place it on a medium heat until the sugar has completely dissolved. That’s it. Tricky like.

Then to the buttercream.

Begin by making a raspberry puree by cooking your frozen raspberries on a medium heat till soft. Take them off the heat and strain them through a sieve. You’ll want about 240ml of puree in the end.

Measure the sugar and flour into a clean saucepan and, little by little, whisk in the raspberry puree. Place the saucepan on a medium-high heat and whisk, fairly constantly, till it becomes really gloopy. Think wallpaper paste.

Pour out this gunk into a clean bowl and put it in the fridge to cool down completely.

When it’s cooled begin to beat the butter till it becomes pale and smooth.

Take your cooled gloop out of the fridge and a tablespoon at a time add it into the butter, beating after each addition.

If you’re going for the tall cake make another batch of the above cake recipe.

I’m too tired, and can’t entirely remember the exactitudes of how I got the smudgy effect. I did split the buttercream into four and coloured each a different shade of headache. Then I put blobs of each of the colours all over the outside of the cake and finally used a large palette knife to smudge the colours into one another.

I need to sleep. 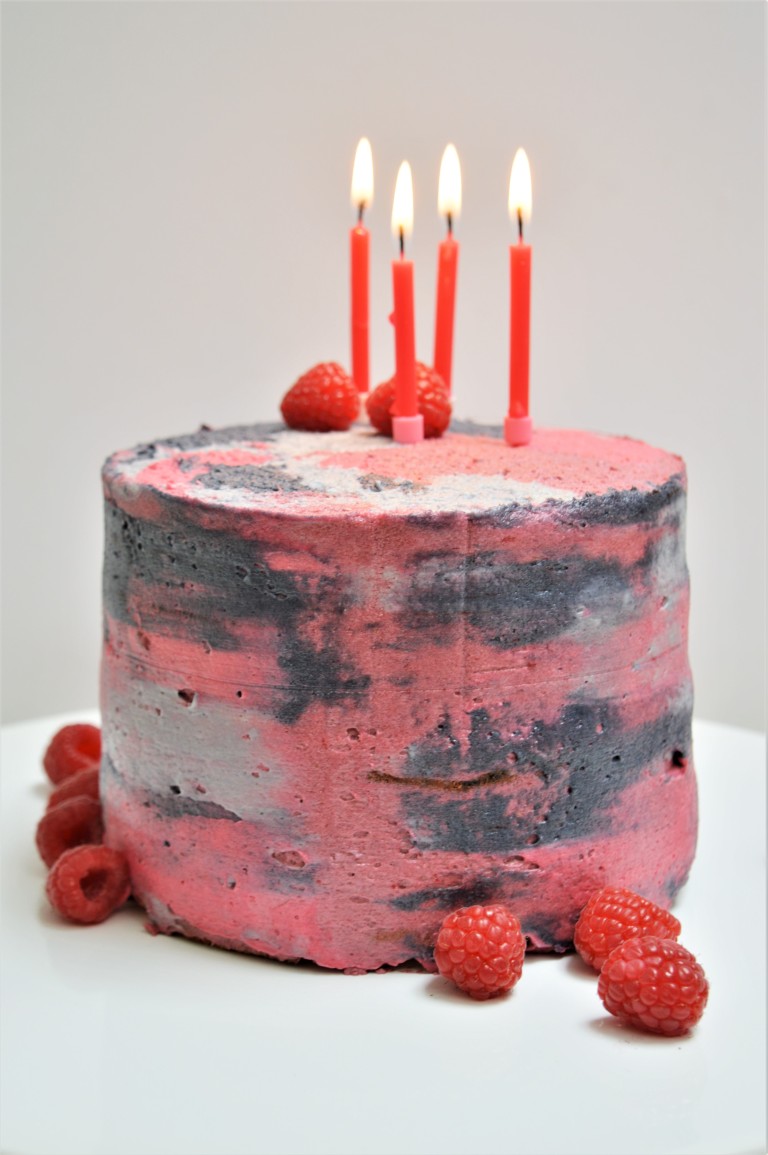